Coimbra is one of the most fascinating cities in Portugal, with a rich history and a contrasting charm – a bustling university city and a peaceful haven. A riverfront city and Portugal’s former capital, Coimbra manages to mix the old with the new – perhaps why Coimbra Portugal real estate is an attraction to property buyers. Alongside this, the surrounding countryside provides beautiful properties in the heart of the Portuguese countryside.

With very affordable properties, Coimbra is an excellent investment opportunity. In this article, we’ll delve into what makes Coimbra tick, and reveal the ins and outs of the city. Following this, we’ll provide you with information on the real estate market, the history of the city, and an overview of the different options where you can buy property here.

Coimbra is the fourth-largest city in Portugal, after Lisbon, Porto, and Braga. With many 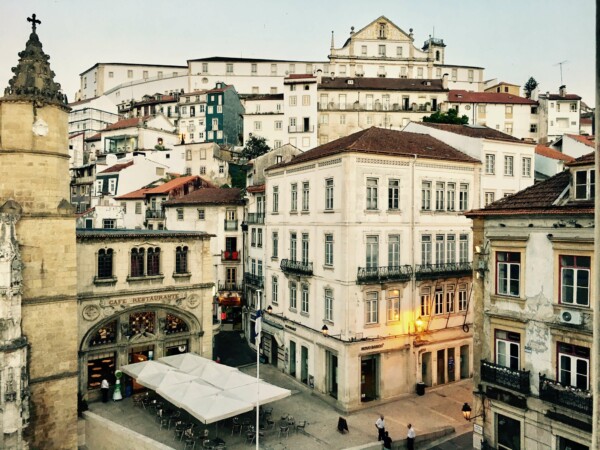 archeological structures from Roman times, and as the oldest university in Portugal, the city retains its rich heritage. Indeed, Coimbra’s historic buildings were classified as a World Heritage site in 2013, as its“ceremonial and cultural traditions have been kept alive through the ages”.

Coimbra is a vibrant paradise for lovers of historical flair and landmarks — from the banks of the Mondego River, the largest in Portugal, to the Barbican Gate, an impressive Roman Arch. There are a multitude of towers and churches to visit on either side of the walls. From the Monastery of Santa Cruz, which is home to the remains of Portugal’s first king, to the grand old cathedral from the 1100s, Coimbra has a unique history.

Alongside the city’s rich history, the multitude of riverside restaurants and bars signal a modern city. This contrast between tradition and modernity is why the city offers a unique lifestyle. While you can find traditional tascas (casual Portuguese eateries) serving typical Portuguese foods, such as Bacalhau (salt cod) or caldo verde (comforting soup), you also have many trendy bars setting up shop to provide students with a buzzing nightlife scene.

Coimbra is not as well known as other locations in Portugal, such as the Algarve, Lisbon, and Porto. However, investors and homebuyers will be pleased to know that Coimbra Portugal real estate has several benefits, not least the affordability and beauty of the region.

Coimbra is a very attractive city to invest in because the value of real estate is relatively low. Investors will be able to find affordable properties on the market and many different property types.

As Coimbra is a university town and has many residents living in the city, investors should find their investment in real estate provides stable fixed incomes. Although properties in Coimbra cannot be rented out for the same prices as properties in Lisbon, investors will still find attractive investment potential.

Also, investors looking into the Portugal Golden Visa scheme will be happy to know that, after the changes to the scheme that unfold on 1 January 2022 – whereby investors will no longer be able to invest in high-density areas – the rural areas close to Coimbra will likely remain eligible.

Portugal is also one of the safest countries to invest in. The country ranks third in the 2021 Global Peace Index – a significant pull factor for investors.

There are several different types of properties available in and around Coimbra. If you are looking for a historic townhouse, a modern apartment, or a family home, you will be able to find it.

Outside the city of Coimbra itself, you are in a wonderful part of Portugal. With quiet country homes, surrounded by vineyards, farms, and rolling hills, it is the perfect place to relax and unwind.

The luxury market is also thriving here. Those looking for a touch of elegance will be able to come across luxury villas and homes, with all the amenities and creature comforts that you could want.

The average asking price for house prices in Coimbra stood at €8,16/m2 in 2020, highlighting their affordability. Coimbra is one of the cheaper cities in Portugal, both in terms of property prices and cost of living.

Luxury properties will be more expensive, and prices will increase depending on the facilities, such as a pool, gym, etc.

A history of Coimbra 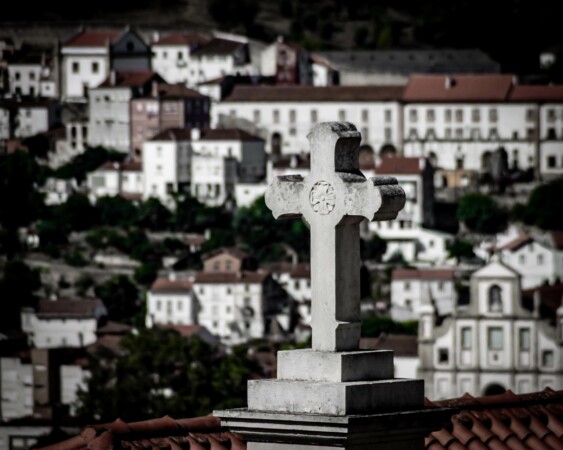 Aeminium. Across the city, you can still see the Roman influences. Following changes of hands from the Suebi, Alans, and Visigoths, the city came under the control of the Moors.

The city was eventually overtaken by Christian forces, attained by King Ferdinand 1. The upper city was where the aristocracy and clergy resided, while the merchants and labor centers remained in the lower city. Coimbra was encircled by a fortified wall, which can still be seen today at Almedina Gate. During this time, constructions and renovation were carried out in the city. Meandering through the city, you can see several examples – the impressive Old Cathedral and the renovated original Roman bridge.

Coimbra served as the Portuguese capital from 1139 to 1385. The city was the intellectual capital of Portugal. To a certain extent, Coimbra retains this title, as the university attracts both Portuguese and international students.

During the Age of Discovery in the 15th-16th centuries, Coimbra was one of the main artistic hubs in Portugal. The city has grown on different fronts since then, such as the construction of the Joanina Library, built in the Baroque-style in the 18th Century. While the city experienced some hard times in the first half of the 19th Century, with the invasion by French troops, the city recovered well with infrastructural improvements, a railway system, and an expansion of the city.

Today, the city retains its cultural flair and historic depth, while embracing modern times. This has shaped one of the most exciting cities in the country.

Where to buy – in and around Coimbra

For history lovers and those looking to live in the heart of a bustling, yet relaxed city, buyers will be able to find a historic townhouse or apartment that tickles their fancy. Investors will be well-placed given the heady flow of students that arrive in the city.

With the Mondego River stretching through the city, the cathedral providing a central point, and a diverse array of cultural events, restaurants, and trendy bars, Coimbra is also a very good lifestyle choice. Indeed, having an imperial (small beer) or copo de vinho verde (glass of green wine) in one of the riverside bars should be enough to convince you that you can live a very good life here. 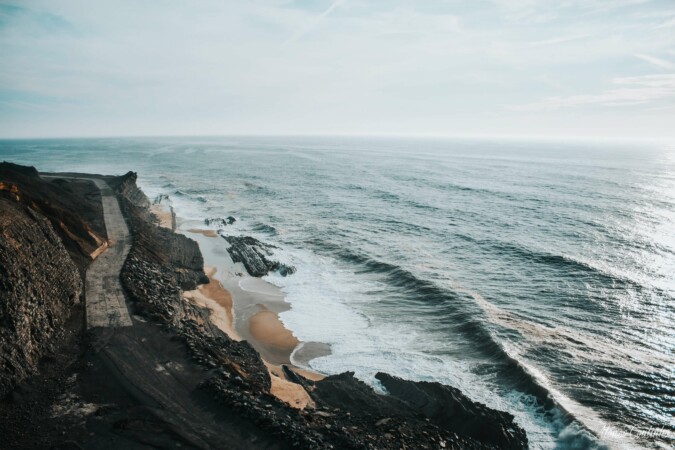 According to some legends, Figueira da Foz is named after a fig tree that stood at the quay of Salmanha. The fishermen used to tie their boats to the tree, which is where the name originated from. Figueira da Foz is a seaside resort in the Coimbra district, practically halfway up the Iberian coastline.

If you are looking for waterfront properties, then here could be the perfect option for you. You will be able to have sweeping views of the Atlantic. One of the most popular resorts on the silver coast, in the summer the main beaches can get busy but you will have all the services that you need. For the active types, there is a vast range of watersport activities, including surfing and kitesurfing. If you are an expat in Portugal, you can easily live an active life here.

With the rolling hills, the beautiful landscapes, and picturesque villages, rural Coimbra has much to offer buyers. The countryside surrounding the city offers spacious properties. These could be perfect for buyers looking for peace, tranquility, and a place to stretch their legs. Here, the traditional ways of Portuguese life are the strongest. Be prepared for a bounty of local produce, friendly locals, and village festivals, with their cultural traditions. You will be able to get under the skin of Portugal.

Indeed, with working-from-home becoming the norm, this shift is a blessing for those that want to spend more time with their family, or with nature – something that rural Portugal is perfect for.

Coimbra is a cultural hotspot in Lisbon. There are several musical events, festivals, museums, and art galleries. The Machado de Castro art museum is located here, named after the sculptor Joaquim Machado de Castro. Here you can admire a selection of paintings and sculptures from across the centuries.

Aside from this, the University Library is especially beautiful, as are the flowers and plants in the 18th-Century Botanical Garden of the University of Coimbra.

The food and drink scene in Coimbra is exceptional, mixing traditional dishes with modern restaurants pushing the boundaries. As with everywhere in Portugal, the heritage of the country is of prominent importance. As one of the top cities of culture, this is certainly true in Coimbra. 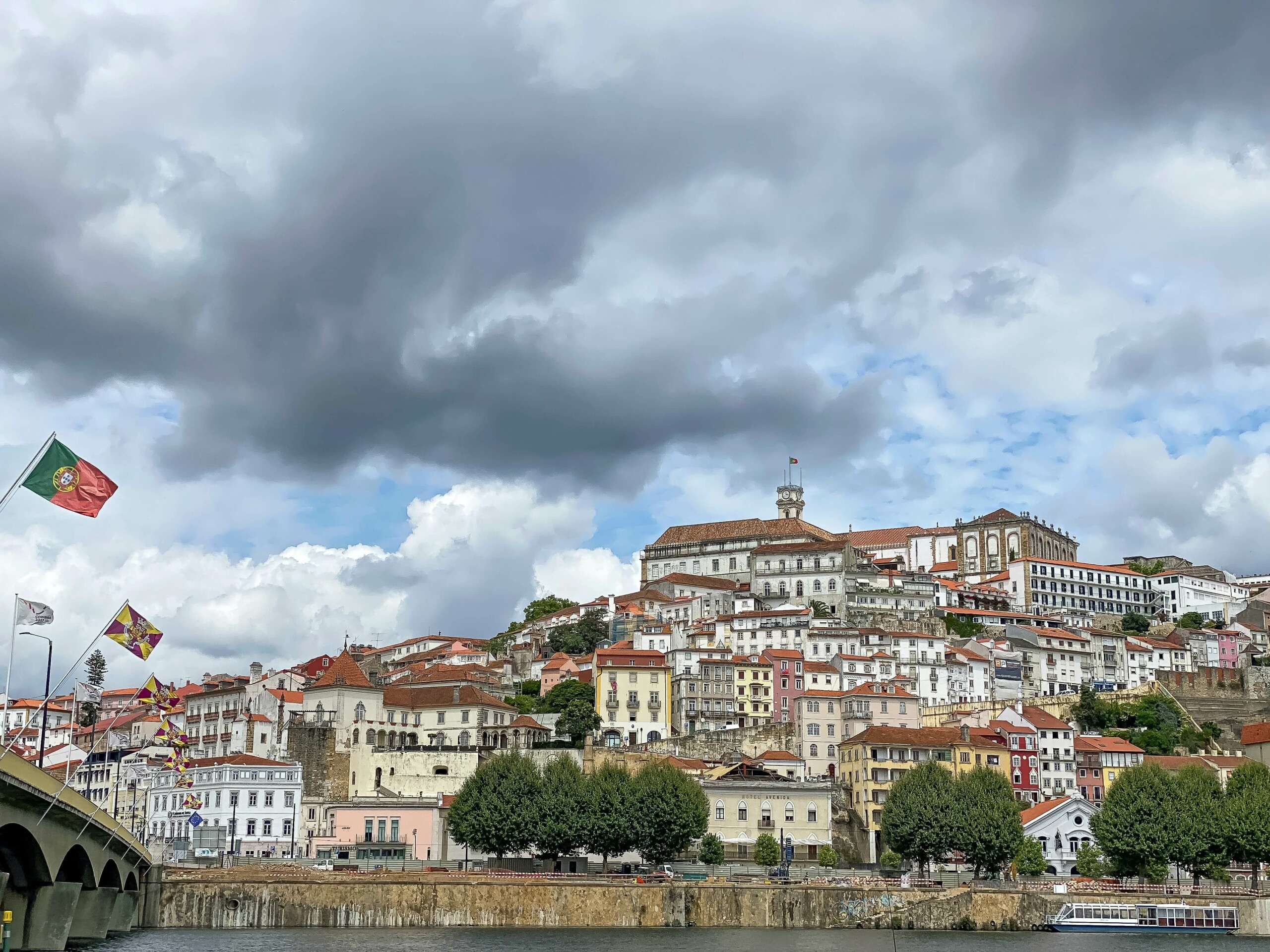 For homebuyers and investors, Coimbra is a good city to consider, with beautiful properties in an affordable part of the country.

2. Will Coimbra remain eligible for the Portugal Golden Visa?

While the city itself will not be eligible as it is a high-density area, much of the surrounding low-density areas close to Coimbra will still qualify for the Portugal Golden Visa.

3. Is Coimbra a good place to live in Portugal?

Coimbra is a picturesque city with the River Mondego running through it. There is an abundance of delicious restaurants and a vibrant culture rooted in traditions. Expats in Portugal should definitely consider Coimbra, and the surrounding countryside, as an option.